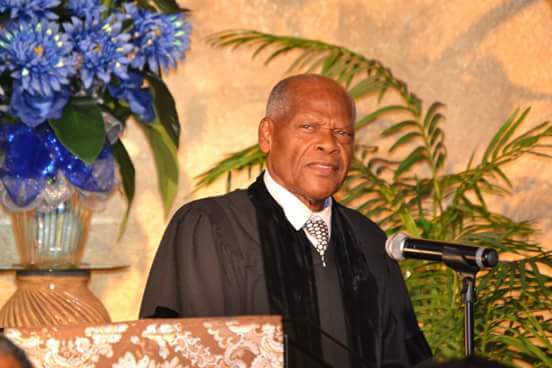 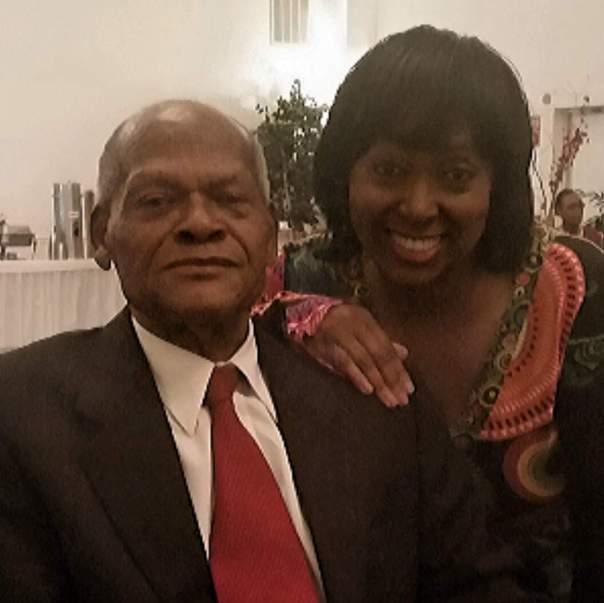 During one of my walk/runs along the creek, I glanced at the water and noticed some ripples. I thought about my life being like a pebble thrown into the water, how many ripples do I cause by my life? Am I making an impact? Or am a pebble thrown that virtually no ripples result?

We all say when we are young that we want to make a difference. We want to leave our mark. This past Saturday, I saw what a true ripple effect looks like. I sat in church at the funeral of my former pastor. I believe on a normal Sunday, the church could comfortably hold two hundred people, but some were advised that if they wanted to be assured of obtaining a seat, that they should be at the church as early as 9:00 a.m. for the 11:00 a.m. funeral service of Pastor Robert W. Lambert.

I arrived before 9:30 and to my surprise, people were already gathered and selecting seats. If I had come at my originally planned time of 10:30, I would not have had a seat for it ended up being standing room only. This is what happens when one pebble like Pastor Lambert is thrown into the sea of earth life. There were many ripples of all ethnicities and walks of life touched by Pastor Lambert.

I am one of the ripples or lives impacted by Pastor Lambert. My contact began when I was only fourteen years old. We had just moved to Sacramento two years before from New Orleans, and my new step-father was his barber.

Pastor Lambert or Rev. Lambert as we called him at that time used to pick me and my brother up for Sunday School along with other children for Sunday School every Sunday in an old brown station wagon. He would only honk the horn and we’d run out so that we would all be on time.

I was not just a number added to his congregation he actually invested in us through conversations during our rides, trying to encourage us. He liked to tell the story that he told me one day that I would be leading songs in the church and that I almost went through the dashboard. (I suppose in disbelief.) Well, guess what? At age sixteen, I led my first song He Abides. I remember because my mom had made me a really cute navy blue two piece outfit. He used to request that song all the time.

It was also at age sixteen, that I was at one of the church’s shut-ins. This is a period of time where the church was opened 24 hours for prayer and fasting. It was during one of these shut-ins that I believe God regenerated me. I believe during that shut-in, God took out my heart of stone, and replaced it with a heart of flesh because from that day I was so aware of my sin, and I wanted to please God. God was then in charge of my life and how I viewed life.

At age 18, Pastor Lambert appointed me to be President of the Junior Mission, which was a group of young women dedicated to mission work. No, we did not travel, our mission work was within the church. Because of Pastor Lambert and his preaching  and teaching of the gospel, I was adopted into the family of God.

But I am just one ripple. The church was full of people who each had their own story. Some of them I have heard. I remember one man who was outside washing his car on a Sunday when Pastor probably drove by to pick up someone, and Pastor said something to him about it and his choice. This man who was older than Pastor, however, from that one conversation, later that man became a deacon, then a minister of the gospel.

Yes, I am just one ripple, but on this Saturday morning sat so many more. I saw Muslim women in their hijab clothing for the very first time seated in this Baptist church. I knew that they too must have been impacted in some way by Pastor.  His auto-mechanic was there, pastors from churches all over were there including some he had ordained who came from Missouri and Ohio.

It is known fact, that he actually tried to share the gospel everywhere he went, whether he was in a store, or the airport.  In fact, he shared with the congregation that he once missed his flight because he was in the middle of sharing the gospel.

My heart goes out to his wife of almost 67 years, his daughter and her husband, and his grandchildren and the rest of the Lambert family along with the whole congregation of the St. James church.

I actually had started this post, a couple of weeks ago, but could not finish. Now I know why. I had to see the impact of a true ripple effect, and I saw that on Saturday morning sitting in St. James Holy Missionary Baptist Church at the funeral of my former pastor, R. W. Lambert, Pastor, Teacher.

What’s your ripple effect? I hope and pray that I how I live, what I do will impact lives for the glory of God. I do want my life to count. The Bible says in Proverbs 11:30b that he who wins souls is wise. I posted before that I don’t want to stay silent. I want to boldly share the gospel of Jesus Christ for through its proclamation men are saved.

15 thoughts on “His Ripple Effect”

So, what do you think? Cancel reply

Home is where our story begins.

Be kind to yourself

"And he shall be like a tree planted by the rivers of water, that bringeth forth his fruit in his season; his leaf also shall not wither; and whatsoever he doeth shall prosper..Psalms 1:3

Discovering how it changes everything

Following Him Beside Still Waters

He restores my soul: He leads me in the paths of righteousness for His name's sake.

Our Thoughts Influence Our Life.

The Adventures of a Mahogany Girl
Sunshiny SA Site

Letters about life. Musing,learning and unlearning.

Musings and My Two Cents

On Religion, Politics and...

Getting to the heart of the Christian journey

Reflections Of A Blue Collar Christian

A journey, sometimes stumbling, to the heart of God

My Walk, His Way - daily inspiration

Stories to Inspire, Encourage, and Give Hope

The journey of self-discovery begins with God Eternally

These messages are not ordinary. They are life changing revelations. evangelistchilavert@gmail.com

Going Back to My Roots

Cristian Mihai
Issues from the Heart

Theological Reflections on the Mundane and the Extraordinary... © 2014 M. J. Sales

The LORD is my only desire

Wholesome Inspiration for the Family, Life and Living - From A Christian Worldview

You Can Trust Him.

God's Faithfulness for the Grieving Parent

The Power of Story

Exposed: Everything is Illuminated

"But everything exposed by the light becomes visible--and everything that is illuminated becomes a light. " - Ephesians 5:13

The Ruminant Scribe - Snapshots of God's World and Word

Let the words of my mouth and the meditation of my heart be acceptable to you, O Lord, my rock and my redeemer. Psalm 19:14

For Baptist women of a 1689 persuasion

Finding hope and peace through writing, art, photography, and faith in Jesus.

The LORD is close to the brokenhearted and saves those who are crushed in spirit. Psalm 34:18

faithful philosophy and the past

Life matters.... See it through God's eyes. Give thanks and enjoy His blessings no matter how big or small.

My HostGator Blog
Gleaning The Scriptures

The Savior Lives To Teach.

" Believing that God powers strange coincidences and the journey that lies ahead."

Natural Hair Care with a Touch of Fashion